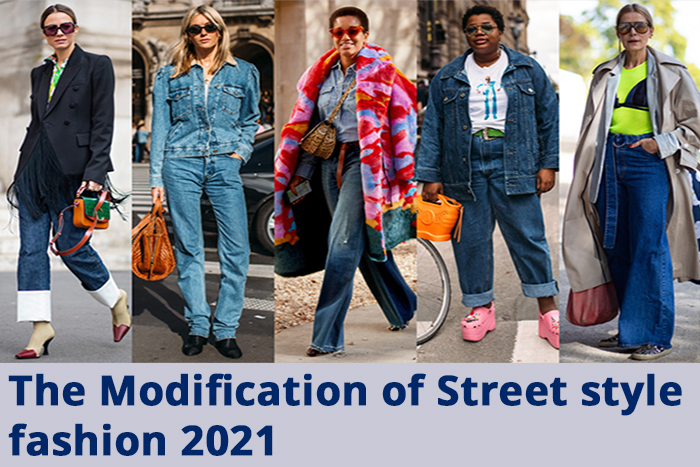 Street fashion it became more quite popular in the past few years. Most people like to wear streetwear clothes because Streetwear gives a freedom of living and love to wear this style. Nowadays social media has increased the appeal of alternative lifestyles for those seeking truth.

The word street style is a specific style is originates from the British fashion culture. It has a holistic approach to fashion and mainly includes styles that differ from the main fashion ideas and are based on individualism and without focusing strictly on current fashion trends.

We all know that people can express themselves through clothes and other things to show a little bit of their inner personality. The Street style fashion is an addition to using subcultural and intersecting styles or trends and helps individuals show their multiple identities.

Street style is an amazingly viral, instant, addictive aspect of fashion that has changed the way fashion is create and used. This is a performance, as you can always do a small event that suits your mood.

Street style is a phenomenon of the 20th century, even if it existed at all times and has always been part of human culture. It had no effect on fashion until the end of World War II. The history of identity and clothing has always been parallel.

In this connection street styles are a tool of group identity and subcultural unity. Street fashion in the 20th century is characterized by a strong relationship between the fashion industry. Street fashion can be added to the authenticity of the basics roots of the event and wish to have a meaningful intent.

The street style developed in a large part of the fashion industry, mainly from general social customs adopted by certain socio-cultural groups. The process was exceedingly long, with extensive social, cultural, and economic changes.

The change that occurred after World War II had a great impact on the overall department of Mass culture. It was a time when people wanted to make a change from ordinary style. As a result, different groups were formed each with its own distinct styles such as hippie, punk, goth, or bikers.

There was an equally acute need to make a statement. These groups are still in existence and is their reputation in the world You can say that you have respect for being different and are not afraid to show your style.

To be able to experiment with your style, you must be a person of open spiritual nature as they call it the ’70s and’ 80s. It was a time to bring new trends, colors and, simply, fashion to life.

Where did Street fashion originated from?

Streetwear includes the production, promotion, sale, and resale of casual fashion such as T-shirts, hoodies, caps, sneakers, jeans, etc the fashion industry defined and determined what the cool advantage is.

Most who led streetwear are male-dominate. Initially, streetwear was a transcript of the simple and elaborate, intricate styles in fashion at the time. The formula was simple people wore T-shirts and hoodies because they like to feel comfort and self-expression.

Although the movement has its roots in California and New York, early adopters such as Hiroshi Fujiwara and Nego, influential DJs and designers.

They were mainly responsible for the street style and hip-hop scene in Japan in the 1980s. Other major cultural movements, street clothing grew rapidly in major cities and regions of the world.

While streetwear should not be spot as a trend in fashion. The fashion leg that powers popular cultures such as fashion, art and music should be identify as a big-legg fashion and it is largely run in black culture. Similarly, hip-hop and rap promote the crude type of music that was inspire by breaking the rules and finding art and sound in traditional ways. Streetwear is like the street art of an artist or the song of a hip-hop artist who chooses a niche and leaves a signature.

The word fashion is infer from cultures. In the world, there are several cultures and each culture have their own unique style from attire to traditions and foods, etc. In the past when we celebrated culture we dress up related to the basics of the culture. Thus we know which type of clothes is wearing in which cultures.

During the 2000s the new trends came up with fashionable clothes, like t-shirts, jeans, and many accessories which are part of our lifestyle. As the generation rapidly increasing growth we also change our living style and discovering various types of styles.

Street fashion is a fashion that doesn’t come from the studio but from the streetwear at the bottom. Street fashion is often associate with youth culture and is often seen in large urban centers. Magazines and newspapers like the New York Times and Elle usually feature honest photos of people dressed in urban, stylish clothes.

Japanese street fashion has many different fashion trends at the same time. They refer to the many genres of Japanese contemporary modern clothes. Created for both local and foreign fashion brands from the mixtures, Japanese Street fashion has its own distinctive style.

Many of these trends have been publish in the fashion magazine Fruits since 1997 by Shoichi Aoki which is famous in Japan for its street fashion.

The mainstream of fashion is often appropriate as the impact of street fashion trends is getting more and more popular. Street fashion is mostly associate with large youth subcultures. Street style is different around the world.

Instead of focusing on current fashion trends, the street approach to style and fashion is often based on individualism. In addition to using subcultural and intersecting styles or trends, people display their multiple, conversational identities using route style methods.

This itself is performance because it can be discover identify through the work of costume where such a place makes. Street style is an incredibly viral, instant, addictive aspect of fashion that has changed so many ways of creating and using fashion.

Its fast feature also connects it to the word consumerism. Considering how these styles are changing over time, it is also a challenge to the use of fast fashion clothing and apparel buy, because it hides the complexities of practice.

New York city brand supreme integrated itself into the fabric of streetwear history in 1994. Collaborate with Rolex and Louis Vuitton Supreme is one such label that has evolving street style in luxury fashion. The label has earned its place as one of the most iconic streetwear brands ever.

It’s easy to forget that Supreme pieces are great because of all the hype, resale prices, and Supreme publicity. By ditching the normal supply and demand model, Supreme allowed setting prices on the resale market.

So you know that you will always be able to update the renewed OG red and white logo to your wardrobe.

The brand began in 1980 in laguna beach California with Shawn Stussy’s car and was consider to Shawn’s friends. After having fully discuss with tees Shawn Stussy expanded its label to include surf and skate apparel.

Since then, the brand has become popular not only with surfers but also with skaters, hip-hop artists, and stylish people. Despite its age and mass distribution. Stussy is familiar for its innovative designs and it has a strong eye as ever.

Off White is an Italian luxury fashion label that has been established by the American designer Virgil Abloh. Off-White is a perfect example of the expression of Streetwear as designer clothing.

Abloh launched in 2013 after Kanye West was creative director. Off-White takes streetwear to luxury world the steps are likely to be seen. The hype will be on the back of the beast at Paris Fashion Week.

It is famous for its innovative designs, forward-thinking, bold, and distinctive prints as well as exciting collaborations.

Noah is establish by former Supreme Creative Director Brendan Babenzien. It is hard for anyone over the age of 25 to add streetwear to everyday style. Until Noah is visible and back in 2015.

Noah successfully worked the way style aesthetics in clothing for adults offering corduroy caps and shorts to collegiate suits and oxford shirts making it’s a true unicorn of a brand.

Nike is one of the OG brands attribute with the rise of sportswear culture. But Nike has distinguished itself through the street style boom with the most hyped releases and collabs featuring top tier brands such as Off-white supreme and more as well as artists like Tom Sachs, Kanye West, and Drake.

Whatever their choice, all sneakerheads will agree that Swoosh is the most important and beloved logo. Evolved from workout gear status, Nike is now a full-fledged streetwear label. With no signs of slowing down, it looks like Nike will do the same for the next few years.

Adidas is one of the top sportswear brands it is the second-largest sportswear manufacturer in Europe and the world. The label of German sportswear is responsible for gifting us Kanye West’s Yeezy line sneakers among many other celebrity partners.

All three stripes are Adidas branding and are use as marketing aid on the company’s clothing and shoe designs. The iconic three-stripe sneaker has stood firmly on the street-style sidewalk since the 90s.

How can we celebrate Eco friendly Ganpati

Experiences a tasty way to travel with Food Tourism