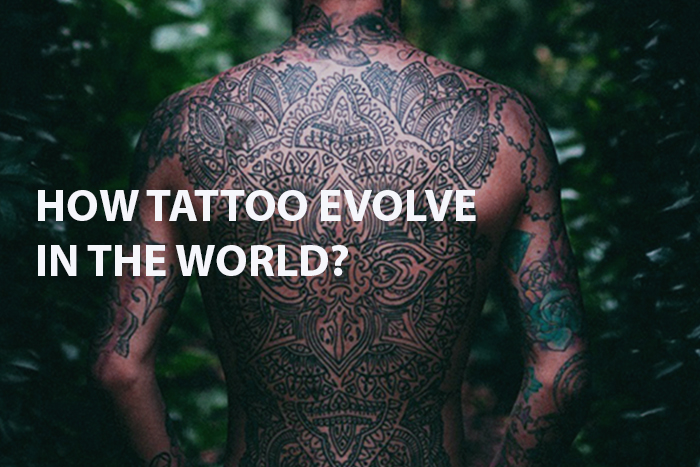 A Tattoo is a part of culture and it has own and unique meaning. The tradition of culture is passes from Decades to years and each culture follows the evolution. They believe tattoo represents culture from signs, symbols, patterns and have faith in that.

Tattoos are a part of body art that belongs to multiple designs, symbols, and letters with their meaning. Which is made by injecting ink into the deep layer of the skin some tattoos are Permanent or Temporary.

A permanent Tattoo is made of Special ink with added one or more colors it marks remain permanent. Tattoos removal is difficult, expensive, and tattoos cannot be removed completely.

Temporary tattoo is made of Plant shrub with no added colors. In India temporary color are made from Heena known as Mehndi it is a temporary but colors highlights the designs and it marks remains temporary.

It is an art that has been practiced on human bodies for thousands of years. Cultures all around the world have their own significance in each design.

While traditional techniques are still used today newer ones are on the rise. The tattoo culture has come from Egypt while Egyptian culture is one of the oldest in the world.

Ancient Egyptian hieroglyphics included pictures and symbols that we still see inked on bodies today. Some popular designs include the Eye of Horus that means a symbol of Protection. Art that represents life.

The word tattoo is said to have originated from the Samoan word Tatau. The traditionally made tatau is called Pe’a which signifies manhood. Designs include straight lines and chunky blocks that cover the body from the waist to the knees.

It is a painful process and takes weeks to heal. The techniques use handmade tools and tapping motions.

The method is often passed down from father to son and years to years as they became tattoo artists.

Ta Moko tattoos were once represented by the indigenous Maori tribes of New Zealand.

These tattoos are different from that they did not use needles. Instead of Nailing designs were carved into the skin using knives and chisels.

Maori people considered the head to be the most sacred part of the body. The face was the most popular for Ta Mokos tattoos such as back and legs were also used. Women made tattoos on their arms, neck, and thighs.

In India, the tattoo revolution comes from Heena which is also known as Mehndi in Hindi. The style of the designs is only temporary that involves intricate designs that stain the body from one to three weeks.

The paste used in a body is plant-based made from a shrub called Lawsonia inermis (Heena Plant). It is applied to the body and let for a few hours until it becomes hard or cracked.

When it is washed off the design is revealed in an orange-brown color. It Is not clear where Heena designs originated but traditional date back.

According to Heena the Art of Mehndi body painting the people of India began to practice using Heena to keep cool in the Indian culture.

It has also been used for thousands of years for celebrations such as Weddings, and Religious holidays.Designs in India are usually done on the hands and feet and filled with Paisley, Floral and Lacy patterns.

Sak Yuant is a form of art in Thailand and Cambodia that has been practiced for thousands of years. Not only are the spiritual designs one of a kind but so is the technique used to ink the skin.

Traditionally the tattoos are trapped into the skin with a bamboo stick by Buddhist monks and masters of magic. Sak Yuant is made up of symbols and sacred scriptures woven into geometric designs.

Each design offers different power and effects historically they were magical and protect warriors from harm during battle. Along with each is a set of rules that must be followed getting inked or else the Sak Yuant will lose all its power.

The power can be restored if you revisit a monk. The same techniques are used for more modern designs.

The Philippines was already popular by the early 1500s when the Spanish first arrived on the land. The term used by the Philippines traditionally tattoo is called Batok.

Batok serves as a symbol of bravery for tribe warriors and beauty along with a status for women.

Traditional Japanese tattoos are called irezumi means insertion of ink. The tattoos can be traced back to around 10,000 BC. They created by hand using the Tebori method in which a wooden or metal stick with needle tips inserts ink into the skin.

The Japanese government banned tattoos in 1872 but tattoo marks were still used as a form of punishment on criminals.

Because of Western influence modern tattoos have gained popularity with younger generations in Japan. Irezumi is still done traditionally but by special tattooists who train many years under a master.

Aztec designs represent one of the ancient civilizations of Mexico. The symbol is often associated with the tribes, sun gods, warriors, and calendar.

The popular design of Aztecs is a sunstone, or calendar stone that portrays the five consecutive worlds of the sun from Aztec mythology. Nowadays Aztec tattoos design to show pride in the culture.

A tattoo is an art of decorating the body with permanent pictures or symbols. Tattoos have been used in many different cultures and each culture has its own meaning.

Body Inking has slowly upgraded and become a part of fashion. Is becoming a symbol of style and self-expression it has integrated into our culture.

The Person who makes a tattoo on a body is must have value and respect for the tattoo. Fashion is an important part of exploring and expressing.

This style of making tattoos is one of the most famous and beloved aesthetics in the community.

Realism is a part of fine art so far as a renaissance. Realistic tattoos can portray anything from scenery, objects animals and people.

This tattoo style has become increasingly and extremely popular.

The watercolor style is in extremely high demand by the most recent generation of tattoo.

Its look like bold lines and abstract patterns with a soft color palette spreading designs in body.

Geometric style is extremely popular and inspired by tribal tattoos of many cultures. In modern geometric tattoos plays a major part element only or have a combination of geometric and organic elements (Floral or natural).

Blackwork is done with a large amount of black ink. The style is derived from tribal tattoos. Made of thick bold black lines in a variety of geometric shapes.

The components of this type of tattoo include a thick outline, Intense shedding, and large, filled in black areas.

Whether Ganja or Marijuana should be legalized worldwide?

10 Benefits Of A Healthy Lifestyle

History and culture of Jewelry

How to explore best travel outfits 2020