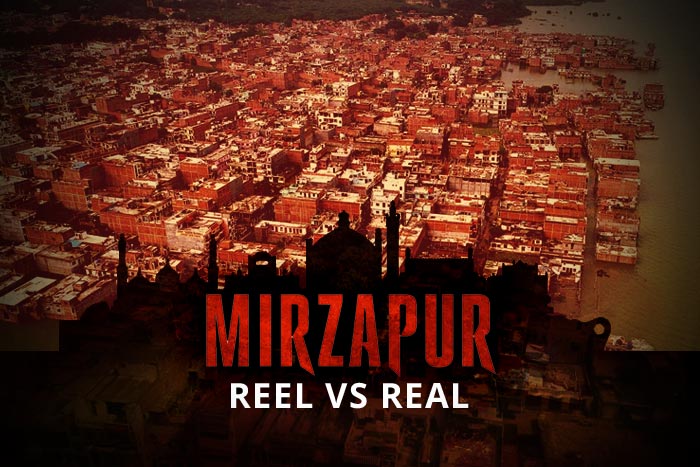 Mirzapur is a city in Uttar Pradesh India Almost 84km from Allahabad and 59 km from Delhi.

A population of 2.5 million lives in Mirzapur. The city has a beautiful landscape with excellent natural scenery and waterfalls to visit during the rainy season between July and August.

Ganga river fulfill the water requirement of the Mirzapur district.

Mirzapur is connect from most of the major Indian cities through Railways and Air network. The nearest Airport is Babatpur (Varanasi) at just 80km.

If you are planning to travel by train, the best route to reach is where you can easily take a train to New Delhi, catch the New Delhi Purushottam Express, and from Kolkata you can catch the Kalka Mail Huh.

If you want to explore more local transport also available in mirzapur. Hand rickshaws and taxis so you can explore historical places and nearest seight seens.

Majority people spoke Bhojpuri as well as Hindi but in this city different types of languages are spoken by the locals.

Awadhi is the language of Uttar Pradesh People Spoke in daily life the Term Awadhi comes from Ayodhaya the ancient times which is regardless to Shri ram and the majority of people faith and believe so they speak Awadhi Language,

Bagheli language is the majority of people spoke in Madhya Pradesh and Uttar Pradesh state The language owns by itself and most of the people speak Bagheli.

In india thousand of Chaat and Namkeen recepie one of the famous on the mirzapur. Varansai Lassi is the most popular in the city they called Varanasi ki Lassi. In India, Majority it is usually take fell in summer season to stay cool and fresh.

The main business of Mirzapur Carpet and Brass. The carpet export all over the world Beacuse they known as beautiful designs and handworks. in local Indian language Carpet called Kaleen.

In Mirzapur thousands of small carpets and brass factories almost 70% Population working in those factories.

Vindyachal temple is the famous temple in the city. temple has a beautiful landscape because of Ganga river. Every evening you can go to the temple and had a peacefull experience.

The distance of the temple from Mirzapur district is about 7 km.

The fort was built by the Mughal Empire in the 17th century and today it is a well built and well organized fort. If you visited this fort for the first time, then you felt a beautiful quiet place to stay.

Chunar Fort is the historical fort of Mirzapur. it is one of the oldest forts in India, besides the fort is situated in the river Ganges and it is a good beauty of nature.

Ashtabhuja mountain you have seen the most beautiful scenic viewpoint and this is one of them.

If you have seen this view in your eyes its has a great scenic view and this view is capture in your memory.

During monsoon there are lots of waterfalls in the city. Siddhnath ki dari waterfall is one of the best visited place during monsoon.

Best Places To Visit In Manali 2020

Part Of The Web series

When the release of Mirzapur 16 October 2018 Season 1 specially people are excited to see the Series on Amazon Prime. They are crazy with that series it is the best series on Amazon prime.

Most of really excited to watch the second season on 23rd October 2020 at a 2 years gap between the audiences and fans of Mirzapur.

As a public demand the series has no distinction between whether the series is made or not it is audience Support to make this beautiful web series, and we are really excit to watch the second season of Mirzapur.

It is nice to watch Mirzapur Again and again.

The story is based on the Tripathi family involved in the Black market business. Pankaj Tripathi is playing the role of head of the Tripathi family. Munna Bhaiya is his son and somewhat less experience and keeps on causing troubles to him.

The other two main characters are Bablu and Guddu who become an important part of their black business. the series has some glimpse of Game of Thrones and Gangs of Wasseypur.

Every episode has some thrill. There is also the involvement of politics, police, anti-gang in the story.

As you have seen in the web series, Kaleen Bhaiya’s name is coming from here. This series is based on a crime in Purvanchal,

The locations in Mirzapur depict that the district is not actually that the shooting is based on another location, some locations like Mukeri Bazar, Ganga River and Shashtri Pul are places in Mirzapur.

They showed a lot of violence in the series but in real, City Calm and peace.