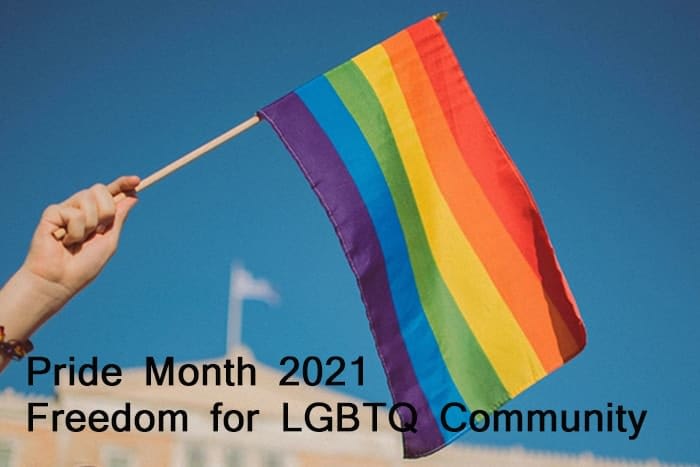 June is a pride month when several people come together in support of LGBTQ community. They fight a long battle to get their right to live freedom to be themselves.

In June 1969, the gay club stonewall worked as a catalyst for the pride movement. Earlier when American constitutional has banned homosexuality.

All their community members came forward to protest fight against with police threw bottles and refused to be intimidated. The protest continued for several days and was supported by people from all over the world.

After the protest was followed by a parade marking the anniversary of the Stonewall riots. From this change in this month, it is known as Pride month.

Why the name known as Pride

Pride is a time to remember the lesbians, gay, bisexual, transgender, and queer community who fight for themselves to have equality. Pride is both a spirited communal celebration of clarity and a personal celebration of self-worth and dignity.

This pride month we recognize the contributions of LGBTQ+ community. America made remarkable progress since Stonewall. In supreme court stated that all the LGBTQ+ community to give equal rights.

Right to marriage, right to adopt children, start families, fight for discrimination and secure workplace safety for LGBTQ+ individuals in each state and territory. Hence to commemorate this movement it’s known as Pride.

The flag is used in LGBTQ+ marches and now is uses as worldwide. The flag is for equality the flag flown horizontally with red stripe on top as it would be the meaning of rainbow.

Baker designed the flag with eight stripes. Pink for sex, Red for life, Orange for healing, Yellow for sunlight, Green for nature, Blue for harmony, and Violet for spirit.

Thirty volunteers stitched the first two flags they were flown at the pride parade in San Francisco on 25 June 1978. After 5 months Harvey milk the first openly gay San Francisco city supervisors have been shot and kill.

They started protests and demand for the pride flag. Since the fabric was in shot supply for mass production of flag eventually hot pink and turquoise were drop.

In 2003 Baker first unveiled it he went on to set a world record. He stitched 1.25-mile-long flag with all eight colors to mark its anniversary. The flag was cut into sections and distributed to 100 cities around the world.

The rainbow flag became more than just a flag it gives people hope. In 2017 to make the flag more inclusive brown and black colors are added which reflects black and brown members of the queer community.

How this year we celebrated pride month

Due to this pandemic everyone at home no one is to be allowed or permission to take part in this pride month. We are celebrated in the form of virtual. This year the situation is not good.

Not everyone is safe it is better to participate at home. We know the LGBTQ+ community has fight for their freedom and this month is basically for LGBTQ+ community peoples. This is a pride movement, and it is to be celebrated.

The community wants to be together. They want to do everything to make these movements. With understanding and following the rules and regulations to celebrate pride months.

New York also celebrate Pride rally virtually on June 25. The Organizers say the parade will be like individual-determined elements.

Boston pride will host a series of virtual events by Raising the Rainbow Pride Flag on the afternoon of June 4 and the annual Pride Lights on June 8 in memory of those infected by HIV / AIDS. Pandemics. There is also a pride night on June 10 at Fenway Park for the Red Sox game.

In Chicago also celebrate parade and festival on June 26 and 27 at Grant park. The largest nonstop line-up of top national and local music majors with an DJ roster and some great food.

On the other hand, there will be no parade in San Francisco due to this pandemic. But they will have a Pride movie night June 11 -12 with a face mask at Oracle park maintain Social distancing.

You can also celebrate best LGBTQ+ movies on Netflix. Everyone should be watch because the community reflects on how far they have come and how much still needs to change.

Movies lists, The boys in the band, Ride or Die, Brokeback Mountain, I am not your negro, Pariah and more. You can easily search and stream the movies.

How to become a Backpacker Traveller