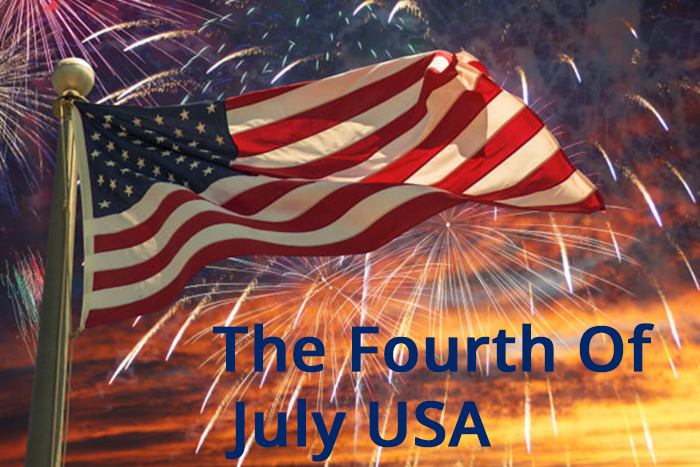 The fourth of July is known as Independence day was a federal holiday in the United States. But the tradition of celebrating Independence Day dates to the 18th century and back to the American Revolution.

On July 2, 1776, the Continental Congress voted in favour of independence. And two days later, representatives of 13 colonies adopted the Declaration of Independence a landmark document prepared by Thomas Jefferson.

From 1776 to the present day, July 4 marks the birth of American Independence, with celebrations ranging from fireworks, parades, and concerts to more casual family gatherings, political speeches, carnivals, and barbecues. Independence Day is also known as national day of the United States.

The declaration of independence meant that 13 American colonies were free from British rule and became independent states. And could now make up their own laws. Since then developed into 50 states that now make up the united states of America.

Two of the 56 men who signed went on to become President John Adams and Thomas Jefferson. The British used a song called Yankee Doodle to mock the American and how disorganized they were. But the Americans flipped it around and embraced the song as their own as a song of defiance. Today it is extremely popular and is a big part of the fourth of July celebrations.

Although USA has celebrated its Independence day from great Britain. Since 1776 it was an acknowledge as a federal holiday until 1870 almost 100 years after the declaration of Independence. It was sign the fourth of July is a federal. Which means most of federal workers gets the off to celebrate their Independence Day.

It was an unpaid day off which people being so happy. But that changed in 1938 when congress voted to make it a paid holiday. So Since then, they could really enjoy the day off work.

The fourth of July is an amazing firework across USA the association of Independence day and fireworks go far back. On its first-year anniversary was celebrate with huge fireworks displays. Around 600 million dollars is spent on fireworks that it is a big part of the celebrations.

Apart from fireworks Independence day celebrated with food, parades, carnivals, concerts, and barbecues. So that you get to spend time with your friends and family and watching the fireworks at night.

Independence Day is the celebration of family celebrations with picnic and barbecues. Is to emphasis on a large-scale political independence of the American tradition.

These days, the program includes watermelon or hot dog eating competitions and sporting events. Such as baseball games, running, swimming, and many other sports activities.

Many people and communities display flag outside at their homes enjoy fireworks and sing patriotic music. The fourth of July has become a common occurrence for leisure activities and family get-together. Since the late 1st century, including fireworks and outdoor barbecues.

The most common symbol of the American flag and the accompaniment of common music “The Star-Spangled Banner” is the national anthem of the United States. The most effective fireworks are shown on television. The first fireworks were used in early 200 BC.

The tradition of setting off fireworks on the 4th of July. Began in Philadelphia during the first Independence Day celebration on the Fourth of July 1777. Ship guns fired 13-gun salutes in honour of the 13 colonies.

The evening in Pennsylvania had a grand display of fireworks. It started with thirteen rockets the city was looking beautifully lit. Some employees make a long weekend its use days or more off. So they can escape the heat at your favourite beach or vacation spot.

Independence Day is a patriotic holiday to celebrate the positive aspects of the United States of America. Many politicians attend public events to show their support for history, heritage, and the people of our country.

Most importantly, the people of America express and thank the freedom and liberty of the first generation of Americans today. Statue of Liberty is a national monument connect with Independence Day.

Amazing places, foods, and culture visit in Kolhapur to have a great experience